Backpacking the Triple Crown in 252 Days 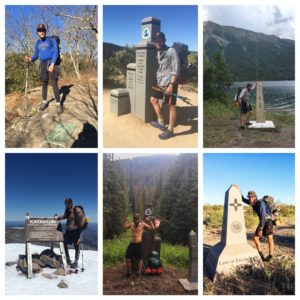 On February 5th, 2016 Jeffery “Legend” Garmire (25) began a journey to complete the Triple Crown of backpacking in one calendar year. The Triple Crown (TC) includes the three longest trails in the United States: The Appalachian Trail (~2,184 miles), the Pacific Crest Trail (~2,654 miles), and the Continental Divide Trail (~3,100 miles). Since 1994, the ALDHA-West has recognized 259 individuals as “Triple Crowners,” for completing each of these trails in their entirety.  Of this small group of people, only 4 have done what Garmire set out to do. To put in perspective the significance of this accomplishment, 3x as many people have walked on the surface of the moon than completed the TC within in one calendar year.

On October 16th, after 252 days of hiking an average of 30 miles per day, Garmire’s dream became a reality.

46Climbs had the opportunity to ask “Legend” about his incredible trip to inspire others and raise funds for the American Foundation for Suicide Prevention while he was still on the trail (See Previous Interview). Now, after Garmire has had some time to relax and reflect we had another opportunity to pick his brain.

Q: The million dollar question- What allowed you to take this kind of time off?

I saved as much as I could, sold my car and lived and hiked as frugally as possible. My company went through a transition period in January of 2016 and I would be working for a new company anyway so I figured it was the best time to see if I could make this trip work. Most of the time I tried to get in to town and back out in the same day to avoid having to spend money on a hotel room. I enjoy a warm meal much more than I care about staying in a hotel so since this was higher on the priority list in towns this was often all it took to be recharged to head back into nature after just a few hours off the trail. In the end I did go into a bit of debt but I had set up the possibility before the trip to avoid any issues when the time came.

Q: What did your friends and family think about this the first time you vocalized your goal?

7,700 miles is impossible for me to wrap my head around and I imagine it was the same for them. I often got comments like, “I can’t even imagine how far that is.” I have done enough climbing, mountaineering and hiking in the past that many of those people close to me recognize that once I start something it is a good bet I will finish it. This is how my family felt about the endeavor but it is something that took a lot of deliberate convincing and planning.

Q: What are a few of your fondest memories of the trip?

My fondest memories are those that have me in the most wild places. For example walking through the Sierra Nevada mountains in the middle of May with no one else around resonates with me. There were nearly 200 snow packed miles where not even a trail was visible. I was truly in the wild with only myself to depend on. This was where I saw some of the most beautiful scenery. 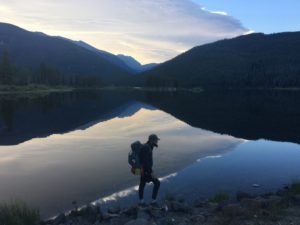 Q: Averaging about 30 miles a day for 252 days on the trail, your body has taken quite a beating. What has it been like recovering physically from this incredible feat?

The first week off was like the first week of hiking. My body was sore and stairs were extremely hard. I had to wear shoes even around the house since my feet were only used to walking with shoes on. Since then I have started trying to get my body back in shape for real life- taking my toothpick arms to something a bit more impressive.

Q: Backpacking forces us to strip away all of the things that are not absolutely essential to daily life. What has it been like to be back in the “real world” with all of life’s luxuries that we all often take for granted after being without them for such an extended period of time?

There is a lot of noise. Consider backpacking where by definition you carry everything you need on your back with really your only worries revolving around camping and water. It is such a strong focus on a couple things that enjoyment and recognition of the things around you is much stronger. The sense of the wild and nature is so strong it’s addictive. Back in the real world that is lost. We have so many little things that occupy a part of our mind that we fail to realize and appreciate so much that is going on around us. We continually jumping from task to task without fully recognizing the moment. This is that hardest things to jump back into and give up the peace of mind I found over 9 months.

Q: Describe the moment you saw that final monument marking the end of the Continental Divide Trail and the end of your 252 day, 7,700 mile adventure.

Elation and Relief. I wasn’t sure what to think. I was so happy that I finally finished but I was so sad that it would all be over. The whole trip I thought about each segment and resupply stretch individually with no ability to think of the trip as a whole. 7,700 miles is just too much to think of by itself. But once I hit the monument at the Mexican border to complete the trip, it all came together and turned into a 7,700 mile hike. It immediately became a giant single trip instead of many, many shorter stretches. As I made my way back to civilization over the next two days I have to say I was a bit sad as it began to sink in that I had DONE something amazing and was no longer DOING something amazing.

Q: You probably have been getting the “What’s next?” question a lot, but do you have any ideas what adventures may lie in your future?

Yes, I have some adventures I would like to complete in the long term but as it sits now I have used up all my resources and money completing this hike so I will become part of the thriving “weekend warrior” community when I find the right job. I love mountaineering as much as hiking and there are still a few mountains nearby that I would like to climb. The real “whats next” question for me is what to do next for a job.

Q: What did you learn from this adventure?

The long trails in America avoid the largest cities and population areas and often travel through areas that are poor, neglected and have often seen better days. I could not have asked for the trail go through better communities though. In these small, poor communities the people are some of the nicest, most inclusive and appreciative that I have ever met. They have near nothing to give but will offer it all to you. I was walking through Cuba, New Mexico and while following the trail through the center of town a man stopped me and offered me his lunch. This man had little to no money and definitely none to offer to strangers but even though I insisted he keep his lunch he would not take “no” for an answer. I learned that there are so many unique parts of this country and you never know where you will find and meet incredible people. It gives me a lot better view of humanity. Kindness breaks all boundaries. 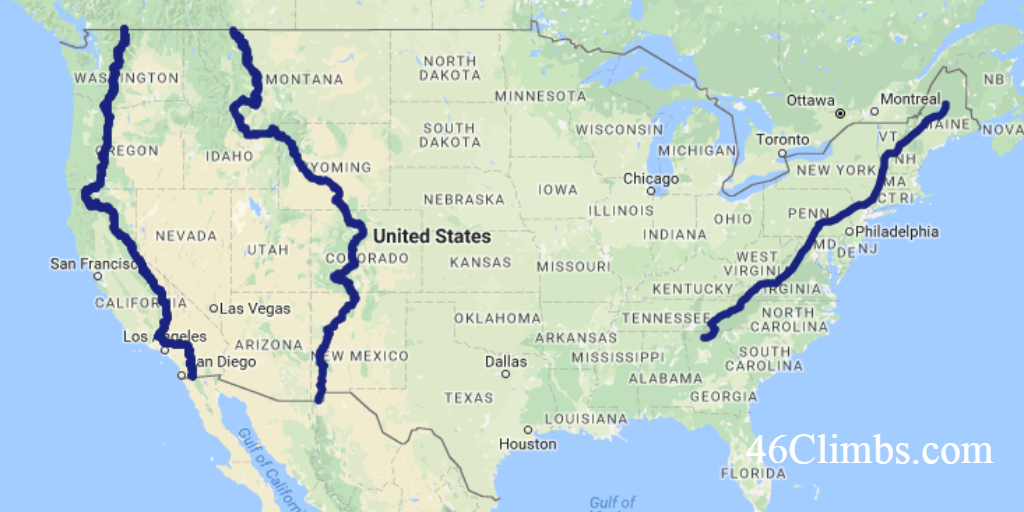